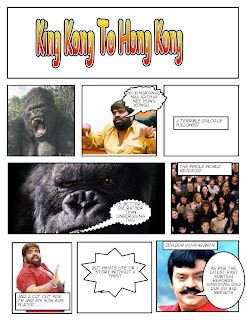 “With great pleasure and happiness, we welcome you to the marriage of Sow. Bhagya with Chi…….”

Raghu read the invitation with trembling hands. He still remembered that fateful day when he had proposed to her. He had taken her out to a restaurant and proposed. But she had refused.

“No Raghu, I am sorry. My parents will not accept this. You are a good person, but I can’t do anything but refuse. This will not happen. Please don’t pop this question again.” Distraught, he had given up all ideas of marriage then.

On that day, he got up and dressed neatly as always. He took an auto to the place. The people in the hall ushered him into the dining room as soon as he entered the hall. He couldn’t eat a morsel though. He came out of the dining hall in a short while and occupied a chair close to the stage.

The bride was seated on her father’s lap, with the bridegroom in front of her. She was looking beautiful in her 9 yards saree. He gave a sigh and threw the flowers as the bridegroom tied the mangal sutra.

If everything had gone as planned, she would have been seated on his lap. Life was indeed funny in a cruel sort of way.

The main advantage with DVD players is that U get to see some extremely good classics like shawshank redemption and MCKenna's gold. On the other hand, U also get to see movies, which are so bad, that its good. Sample: Porukki Pokkiri (a typical B movie that Ilaya Thalapathy is capable of) and Veerasamy. It is a bit old to blog about Veerasamy, but Thalaivar’s pilims are evergreen.

Now in Tamil movies there are action heroes and then, there is Veerasamy!! The guy never tires you out with his antics on screen. The women in his movies, these days, have weird names, like “Rouse Rani” and “Salt Kottai Koattai Sarasu”. I wonder what the name would have been if the name had been Beena, “Blouse Beena”?? Neways, TR plays an MLA, Lawyer, Local Rowdy, and also a Romeo in the movie. Mumtaj plays his love interest.

The first scene shows Rouse Rani disrupting a middle class household. Mumtaj tries to come to the rescue of the people, but is thwarted. You get a feeling that Thalaivar is going to set the screen alight. A car blows up (Earthquake??). U get a shiver up your spine. It is then that Mumtaj utters the immortal words,

For the Non Tamilians, the translation goes thus,

“That which comes without any announcement, is tsunami,

Whereas the person who announces and then arrives is Veerasamy”

The scene changes and we get to see not one, not two, but three TRs(The TV in our house refused to show 3 TRs :( ), with sickles, knives, etc bouncing off his body!! TR decimates the rowdies and peace is restored. Dialogue time again, with TR telling Rouse Rani (RR) that, “Nee aalaanathu Alwarpet, nee kalyaanam panninathu kannamma pettayila…. “ (Ennaala Mudiyala!!)

TR and his sister live happily in a house. Yes there is a scene in which TR goes, “Thangachi……” His sister studies in a co-ed college. The usual cliché, a vamp in a dress which is low everywhere, also studies in that college. She is the villain’s (a minister) sister. It is here that TR plays his trump card, a lesbian twist. His sister falls into love with a guy gal guy gal, well, ok, “near gal” guy. For convenience sake, I have taken him/her to be a gal, who is none other than Rouse Rani’s sibling.

TR though disgusted, goes and asks Rouse to accept his sister. Problem erupts there when Rouse asks TR to beg for forgiveness. In the mean while, TR has clashes with the minister also. He gets into the house when the minister is attempting kasa musa. The minister is totally shattered when TR utters,

I guess Sivaji must be suffering multiple deaths in his grave :(

Mumtaj comes over to TR’s house and starts working as a maid. TR and Mumtaj start loving each other. Mumtaj uses TR’s soap when he is not around. (karumam karumam) The fact that the soap has touched just TR’s beard is enough to dissuade anyone from touching that soap. But this is divine love!! :)

But fate is cruel. Mumtaj gets married to the minister’s hitman, and is made to endure problems, both physically and mentally. At last, TR has had enough of this crap (we too) and destroys the villains. A note of caution: The last scene in which TR fights with his underwear is not for the weak hearted. When people question his integrity, he sits on a chair (no, the chair does not break), and dies. Mumtaj follows suit!! TR’s sister and her lover gal live happily ever after, without any need for protection!! :)

What to watch out for:

3) TR’s dance in “vechirukkaen, naan vechirukkaen” and “Unnai kaathalikka…” It goes like this, “Raise right leg, then left hand, then left leg, and finally right hand”. It should be symmetrical

5) Punch dialogues are spoken by everyone, from the villain to hero. 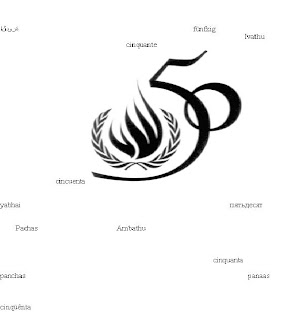