A supercomputer is a computer that led the world (or was close to doing so) in terms of processing capacity, particularly speed of calculation, at the time of its introduction. The term "Super Computing" was first used by New York World newspaper in 1929 to refer to large custom-built tabulators IBM made for Columbia University. More info here in wiki.
India had its own super computers with PARAM and ANUPAM. PARAM was by C-DAC. Incidentally my college is one of a few colleges which have a super computer. And no, I am NOT advertising for my college. My friends will kill me if I do. We always used to joke that they used to have the super computer as a shelf for the portraits of Gods. It’s a custom that the freshers to my college are taken on a tour of the college. We will be shown the room containing the Super computer.

In early 2006, there were talks about a super computer being developed in Bangalore. But it was never confirmed. It was rumored to be a devilishly simple design. One which would make the whole world go berserk with joy. It will be used for monitoring the construction projects and also the climatic changes in and around Bangalore due to the developing industries and the encroachment of the forests. Now, after a year and a half, they have let out the prototype of the super computer. The company responsible for it has still not gone public, and have let out the pics through an unidentified source. Please remember that you are seeing it for the first time here. Not in NDTV, not in CNN, but here. The pic is below: 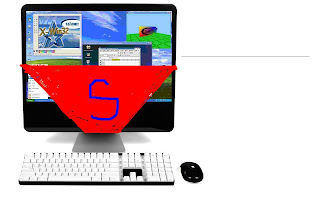 A computer companion perfecto for a super man. Cya all :) 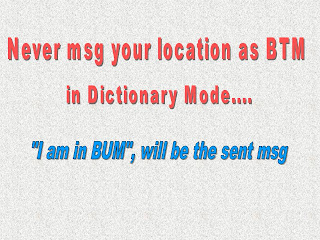 One of my friends recently read a book, written by Osho. Yeah, the same guy who gave us the different benefits of using the word, 'fuck'. If you guys havent heard that audio, I request you to hear that. Its much worthwhile than doing your mundane work. Funny and ridiculous to the max. Coming back to the book that my friend had read, it is called "Sex Matters". And herein lies my doubt. Isnt the title redundant. Isnt Sex and Matters the same?? :P